Inside: a list of 12 children’s books about Mars. Learn all about the red planet with our favorite fiction and nonfiction books for preschool through elementary. 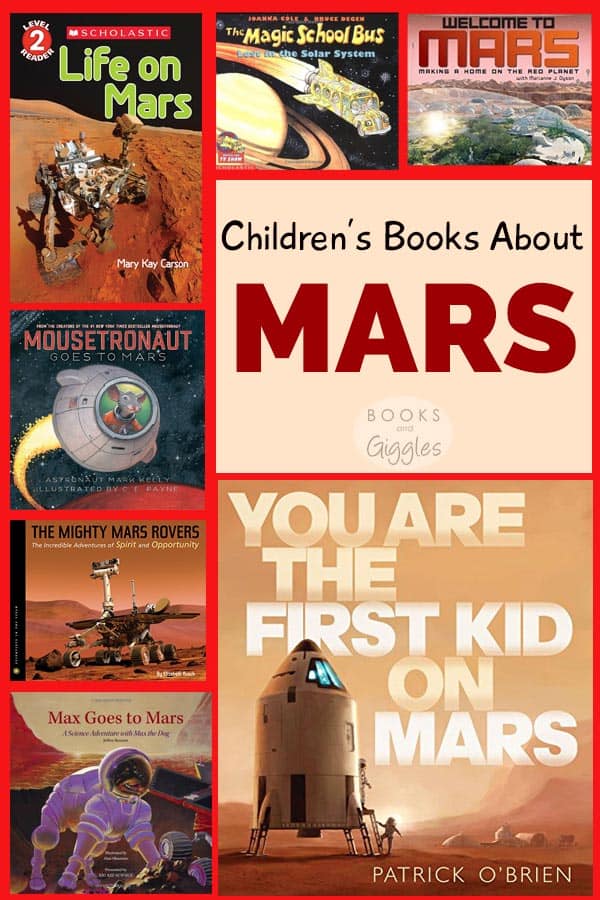 My daughter is still really interested in space. It’s been fun to watch her curiosity develop. We’ve read a lot of general books about the planets, but now she wants to learn about each of them in more detail. Mars has captured her attention, and it turns out there are some fascinating children’s books about Mars.

Last summer we read Max Goes to Mars, a captivating story written by an astrophysicist. We even made a couple Mars crafts to go along with it. This summer, Sophie has been all about nonfiction. Most recently, we found You Are The First Kid On Mars – an engaging combination of nonfiction and futuristic fiction.

I found nonfiction books at varying reading levels. The simpler ones are about Mars in general, and the books for older readers are more focused. I’m listing them in order roughly from easiest to hardest.

Disclosure: Books and Giggles is a participant in the Amazon Services LLC Associates Program, an affiliate advertising program designed to provide a means for sites to earn advertising fees by advertising and linking to Amazon.com. 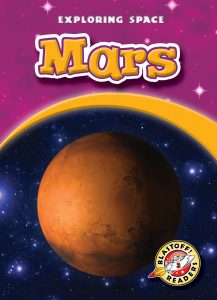 This little Mars book briefly covers the surface of the planet, its moons, and the Mars rovers. 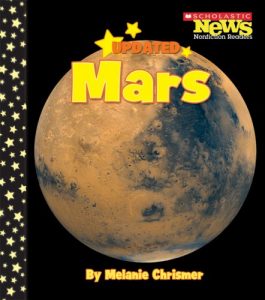 No longer “updated”, this book on Mars is still a good early reader overview for kids new to learning about the planets. 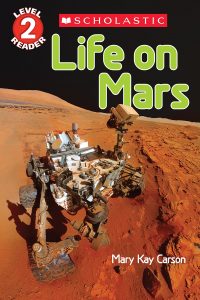 Life on Mars by Mary Kay Carson was just published this summer. It’s written at about a 2nd grade level (guided reading level N). It describes the planet and a brief explanation of our explorations there. 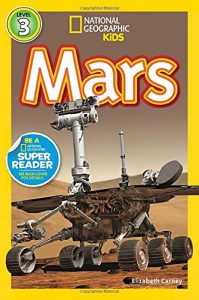 This National Geographic Kids Mars book provides a slightly longer overview of the Red Planet, also at about a 2nd grade level (guided reading level O). It does a good job of making the information relevant to kids.

Planet Mars is longer yet, but still with a general angle to it. (Guided Reading Level T) 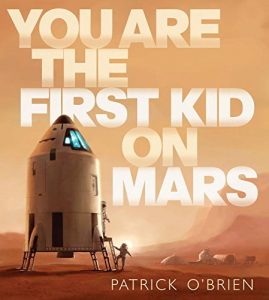 You Are The First Kid On Mars is a good bridge between the early readers with limited details, and the lengthy nonfiction books further down this list, which are more suited to older children. Works as a longer picture book read aloud. 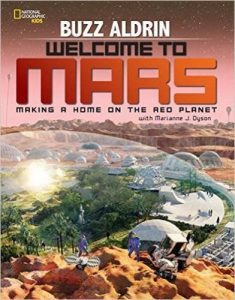 Welcome to Mars: Making a Home on the Red Planet is by astronaut Buzz Aldrin along with former NASA flight controller Marianne Dyson. At nearly 100 pages, it gives upper elementary aged children a detailed look at what a colony on Mars would be like. 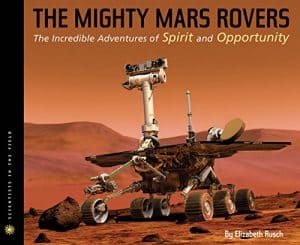 The Mighty Mars Rovers: The Incredible Adventures of Spirit and Opportunity narrates the development and history of the Mars rovers. It’s best suited for an older child thirsty for details. 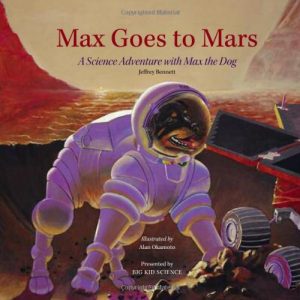 Max Goes to Mars, which I mentioned in the introduction to this post, is probably my favorite of the bunch. The dog-as-astronaut gets kids’ attention for the well-researched story. 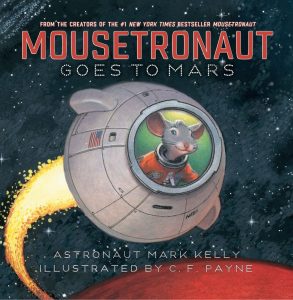 In keeping with the animals in space theme… Mousetronaut Goes to Mars is another fun yet informative story you might like. Plus, it also is written by an astronaut – Mark Kelly.

Finally, here are two general books that include fictional visits to Mars. 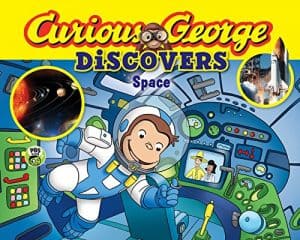 Curious George Discovers Space – your favorite little monkey visits the space center and solves a problem with the Mars rovers. 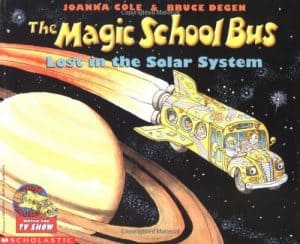 The Magic School Bus: Lost in the Solar System – Mrs. Frizzle takes her students on an out-of-this-world field trip to several planets, including Mars.

For more resources on Space for kids, you may like to visit one of these other posts from the Unit Study Roundup group:

Learning about the Solar System for Kids from Look! We’re Learning!

Stargazing Apps for Kids from iGameMom

How to Spot Meteors When Camping from FrogMom

Outer Space Word Search from The Letters of Literacy

Armstrong Air and Space Museum Wapakoneta, OH from Something 2 Offer

Moon Word Search from Tales of Education at Home

Astronomy for Kids: The Moon from Planet Smarty Pants