This Brazil bingo game is a fun way to learn about or review facts about the country. 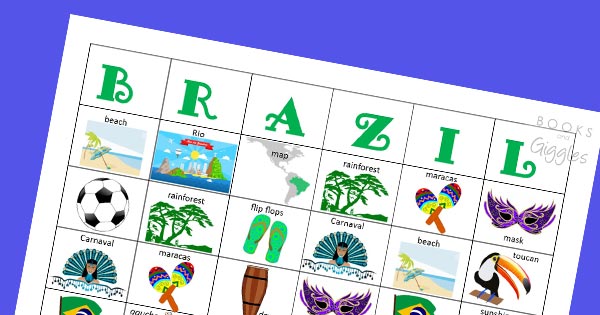 UPDATE – I created this Brazil bingo activity in 2016 when the Summer Olympics were in Rio. It turns out, though, that the game is timeless. Teachers can use this with their South America geography lessons or units about Brazil. Or, at Carnival time, this could make a fun party game for kids.

Brazil is a huge nation – bigger than Europe, and with at least as much diversity. This game is a brief introduction (or review) of some of the basics.

For the free printable, I made 6 unique game cards. If you have more players, you can have multiple winners, or choose the first player who realizes they have bingo – actually “Brazil”!

Weather – Mostly tropical. The equator runs through the northern portion of the country.

Rio de Janeiro – Pictured on the game card is Sugar Loaf mountain on the left, and the famous Christ the Redeemer statue on the far right.

Carnaval – A festival similar to Mardi Gras, but celebrated nationwide. Kids celebrate Carnaval in a variety of ways around the country.

Monkeys – Brazil has more species of monkeys than any other country in the world.

Rainforest – The Amazon rainforest covers more than half of the country, and takes up as much land area as roughly 2/3 of the continental United States.

Gauchos – Gauchos are more than just cowboys. In the past, they were nomadic and hunted wild cattle.

Flag – Each part of the flag is symbolic. The green represents the Amazon rainforest.

I hope you and your kids have fun learning all about Brazil! 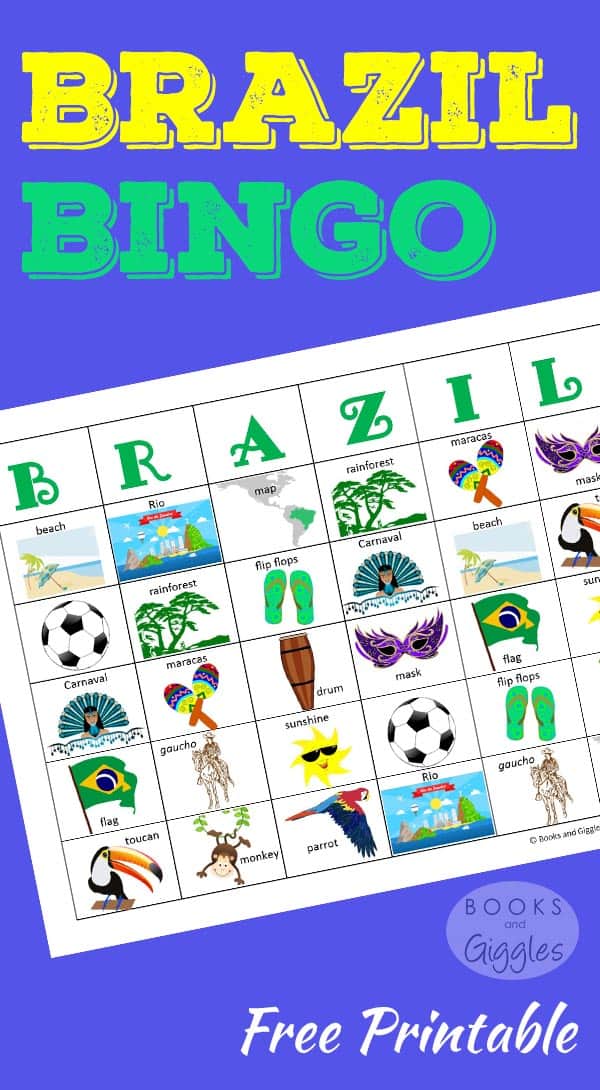