This post is part of the Learning with Manipulatives blog hop. This week we’re sharing ideas for pattern blocks.

I started working on this post thinking I’d do something with a space theme, since Sophie is still obsessed with space. I challenged all 3 kids, even Liam, to create something. They were eager try. Too eager, it turns out. They started fighting over our one set of pattern blocks. 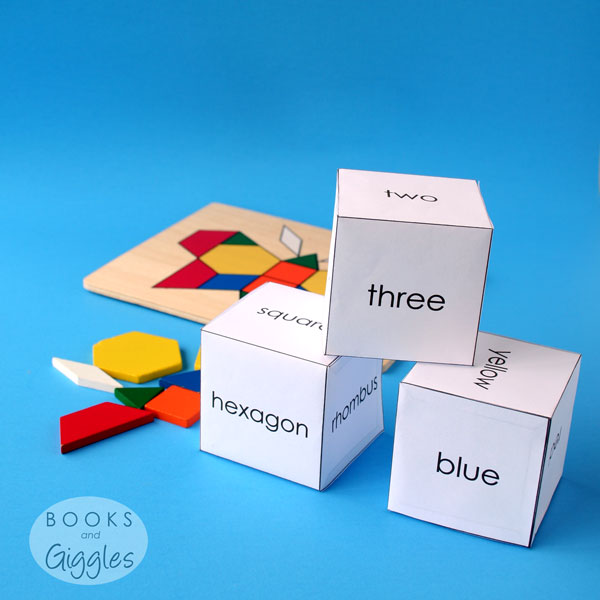 My plan evolved into a set of games for sharing pattern blocks, as well as getting in a little reading practice. They’re geared to young readers, but older kids can play too. My girls are in kindergarten, and this is just right for that age group.
I made three printable dice with words related to pattern blocks. One has pattern block color names. Another has pattern block shape names. The third one has the numbers one to four spelled out, with “one” and “two” each on there twice. (Five and six was too many for the game to work.)
You can print them from here. Then, just cut them out, fold, and tape together. 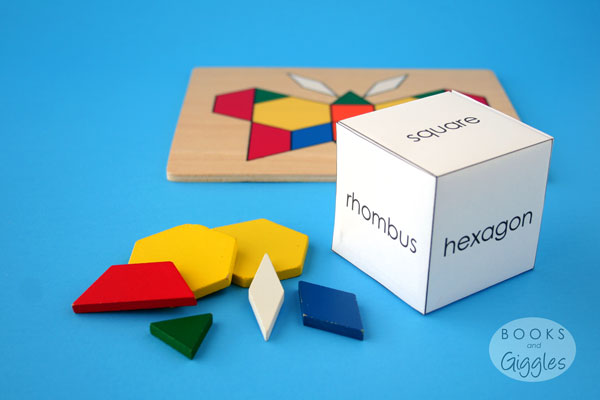 The easiest way to play is to use one die. You could even sketch in shapes, numbers, and colors on the word dice if you need to make it accessible for reluctant or young readers. 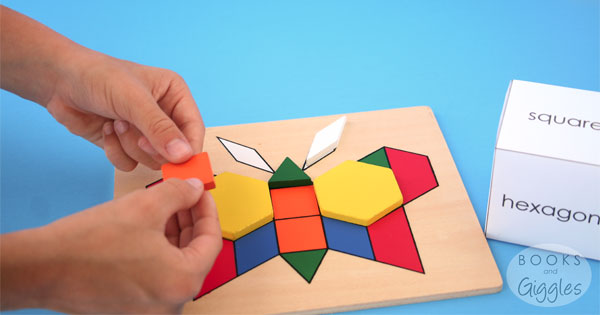 Alternatively, the kids could share a pattern block card and work collaboratively on it, taking turns rolling the cube.

For a little more complexity, you can use two dice and give the kids a bit more choice.

This game is for kids with an independent streak who’re already familiar with pattern blocks. 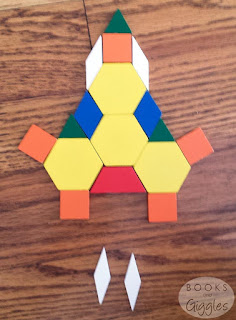 This third game is the one just right for my kids. They enjoy being creative, and have a lot of experience with our pattern blocks. Throwing some reading practice in was just icing on the cake, and made an old game feel new again. 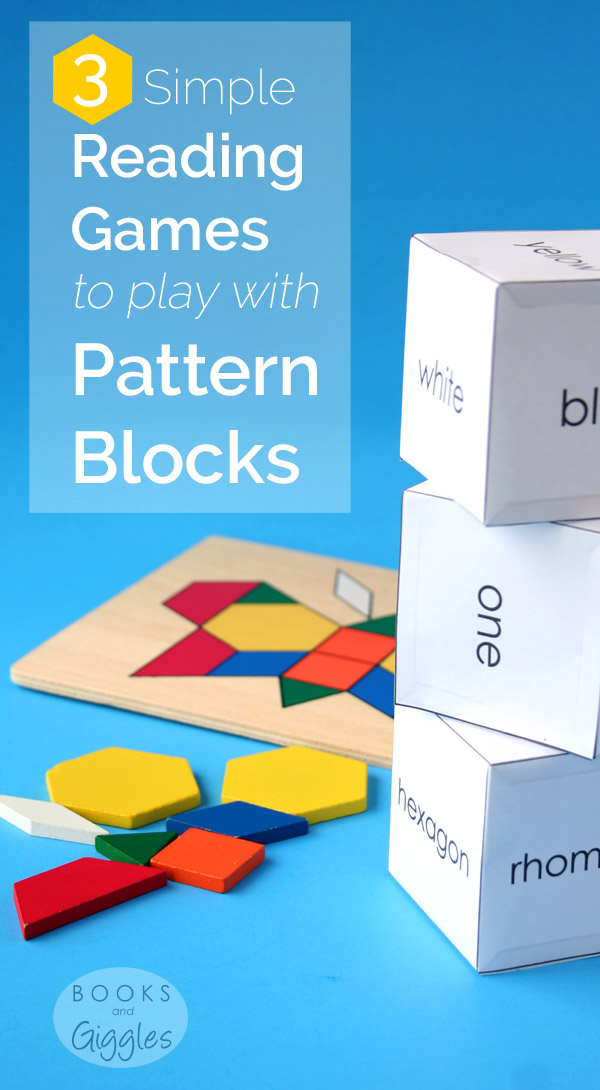 You may also like some of these other creative ideas for pattern blocks: