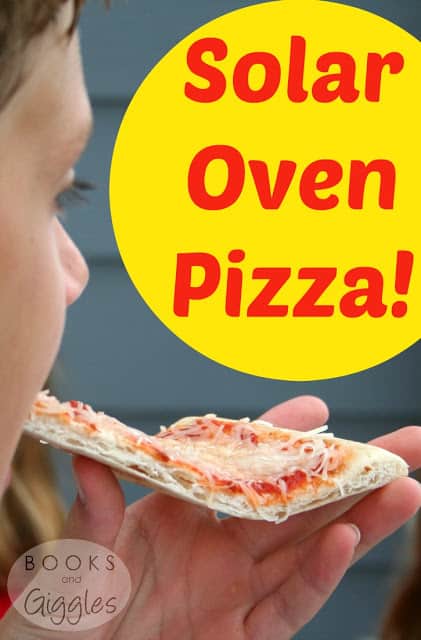 My son has wanted to make a solar oven ever since he saw one on a Curious George episode a few years ago.
This year, as we started planning our summer, the kids and I brainstormed a list of what we wanted to do.
High on my son’s list: make a solar oven.
It turns out that pizza box solar ovens are pretty easy. We more or less followed the instructions from Scientific American’s Science Buddies, except we used clear packing tape.
The instructions are for making s’mores, but I wondered . . . why not use our pizza box solar oven to make … pizza!

After we had the oven ready (or so we thought), we spread some pasta sauce on store-bought, pre-baked crust. Then we topped it with mozzarella cheese. 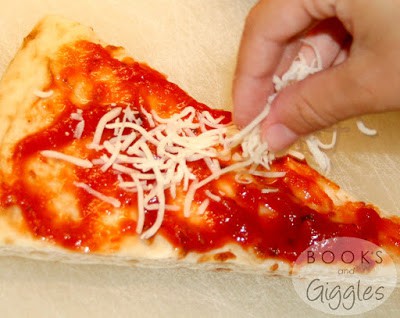 We carried it outside and set it in our oven. 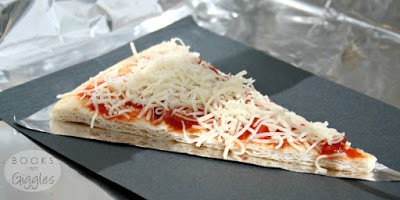 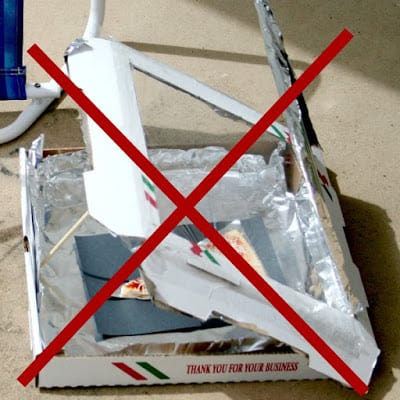 I re-read the instructions. Oops! You’re supposed to close up the box. Duh! 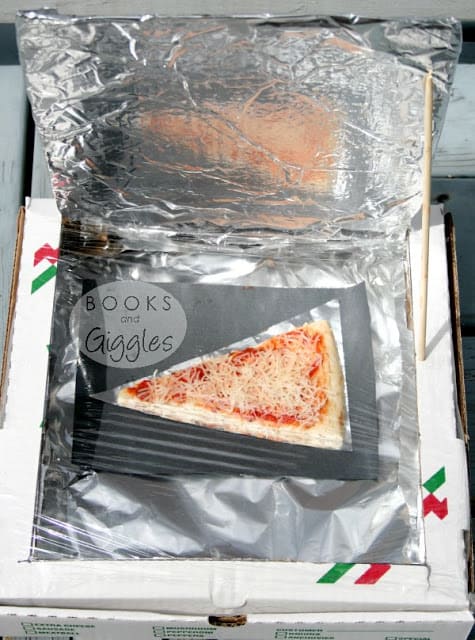 All three kids were excited to share a “solar pizza” snack. 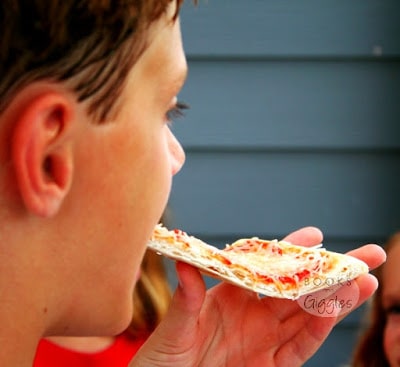 We’ve made solar pizza two more times since then, adding an extra foil-covered panel on the side and cooking three slices at once. The kids want to keep doing over and over!
I’m really glad we’re making pizza – that’s easier for me to say “yes” to than s’mores.
Nevertheless, my grocery list for this week does have chocolate and marshmallows on it — because we love saving room for dessert!